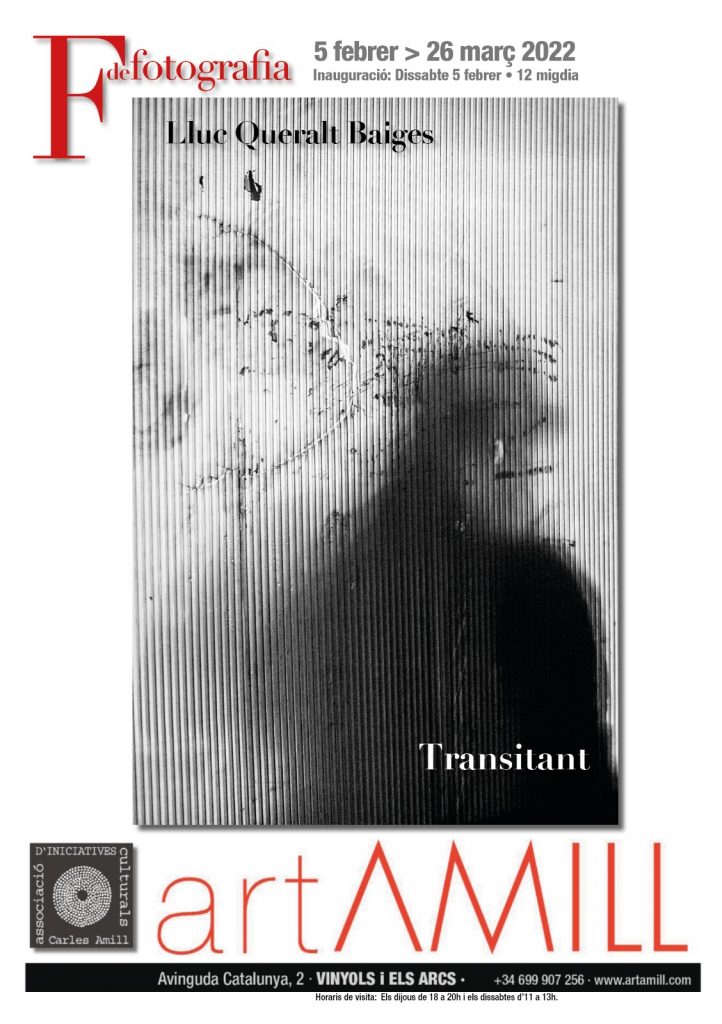 Photographer and painter. He started in photography in the mid 90s, thanks to a camera that his mother gave him as a present.

He graduated in artistic photography from the School of Art and Design of Tarragona. A tireless traveller, he has made reports in numerous countries: Palestine, Syria, Bosnian, Greece and the United States.

His photographic work focuses on documentaries, where war, politics and the human figure are the main motifs.

Lluc Queralt bets with this exhibition “Transitant”, for the analogical photography and this is due to a plastic formation and an artistic look that link him with the manuality and the craftsmanship.

The works that are presented are some examples of his traveler impulse to look for still unusual places and try to live them to the extreme and leave the mark through images where man and environment become one thing.