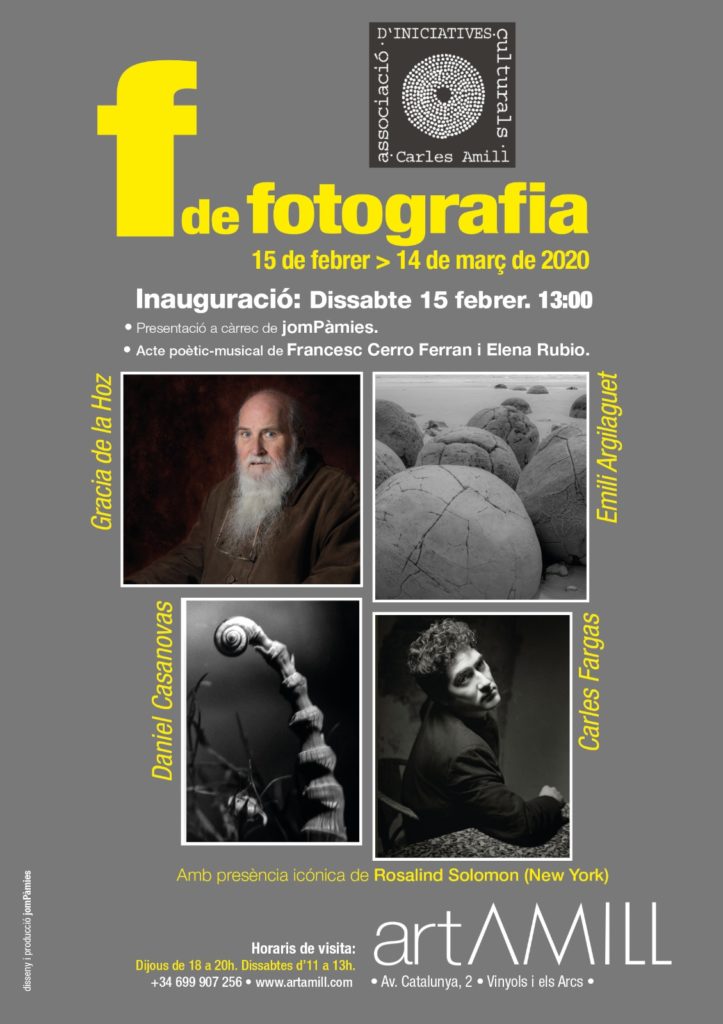 A new exhibit entitled “F of Photography” opened n Feb. 15th at the artAmill Gallery in Vinyols.
–
The group show features four local photographers and was attended by a large audience. In addition, works by internationally known photographer Rosalind Solomon,currently a New York City resident, are on display. Solomon, who could not attend the opening due to prior commitments, sent along a few thoughts about photography for the exhibit.
“The camera,” he wrote, “is only a mechanical tool. Intuition, heart and mind take the picture.Know yourself, draw from your emotions. Connect with that person. Get closer. Get closer”. 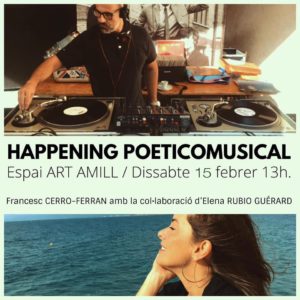 The images on display were carefully chosen by the artists.
Carles Fargas presented his fabulous portraits, including an oversized one of writer Quim Monzó and one of a very young, thoughtful, and casual Carles Amill.
Daniel Casanovas brought a series of shadows in B&W. A direct line to his childhood construction games.
Gràcia de la Hoz, offered a series of serious close ups. Dignified men against a dark backdrop “a la renaissance.”
And Emili Argilaguet, a photographer better known by his publicity work, demonstrated his skill by exhibiting photos of people from different lands.

The show will be on till March 20th.

Here you will find the interview that Radio Baix Camp has made us to know the cultural entity ArtAmill and the exhibition “F de Fotografia”.

Images of the inauguration: 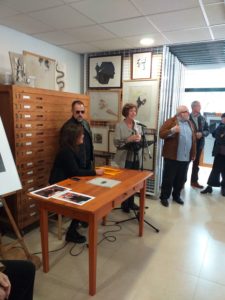 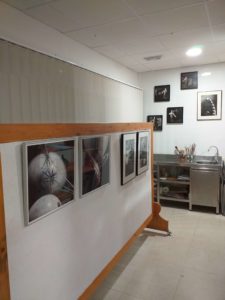 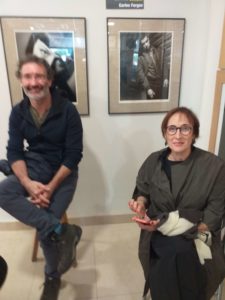