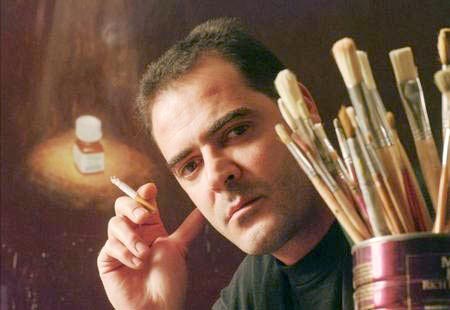 A ten minute walk from his studio to the beach could take hours, stretched out by cafés and conversations, glasses of beer and the latest art journal.

He followed no schedule but the tides, worked for nobody but himself.

One painting was called, “The Bull Don’t Want” meaning he wasn’t going to fight in the ring but he liked to be surrounded by friends, and he was, everywhere he went.

Without trying, his charm cast a spell.

I could get so high on his talk of helicopters and basilicas, catamarans and omelets, described in an English fractured by a mind that always surprised me.

Sometimes he fell down and scraped the earth but always rose again, every time but the last.

“Can we do anything for you, Carles?”

“Yes. Enjoy your life,” he said, so tired and distant, a star already gone, not fading but ripped out of the sky.